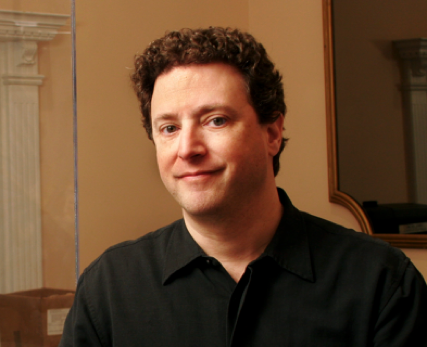 Jewelry in Glass and Gold

Donald Friedlich received his BFA in Jewelry and Metalsmithing from Rhode Island School of Design in 1982. He has been a leading figure in contemporary American jewelry and has served a term as President of the Society of North American Goldsmiths (SNAG) and earlier as Chair of the Editorial Advisory Committee of Metalsmith magazine. His jewelry has been shown in galleries and museums all over the world and is in the permanent collections of the Victoria and Albert Museum, the Smithsonian American Art Museum, the Museum of Fine Arts Boston, the Cooper Hewitt Design Museum, the Corning Museum of Glass, the Museum of Fine Arts Houston, the Los Angeles County Museum of Art, the Montreal Museum of Fine Arts, the Racine Art Museum and many others. He's lectured at scores of schools and conferences internationally and has been featured in over sixty books and periodicals, including cover articles in both Metalsmith and Ornament magazines.

In 2003 he was the first jeweler to be an Artist in Residence at The Studio of the Corning Museum of Glass. In 2004 Friedlich was a featured speaker at an international jewelry conference in Melbourne, Australia and an Artist in Residence in both the Glass and Goldsmithing Programs at Australian National University. In 2007 he was an Artist in Residence at Tainan National University of Art in Taiwan and was in three seminal international jewelry exhibitions, the Daphne Farago collection at Museum of Fine Arts Boston; the Helen Drutt collection at the Museum of Fine Arts Houston; and Glasswear: Glass in Contemporary Jewelry which opened at the Toledo Art Museum and then toured museums in the US and Europe. He was also one of only two Americans selected for what is widely considered the preeminent annual jewelry exhibition in the world, Schmuck 2007 in Munich, Germany and had a solo show at Gallery Loupe in Montclair, NJ. In 2008, he was the keynote speaker at the Precious Metal Clay Biennial Conference at Purdue University and was a visiting artist at Pforzheim University in Germany. In 2009 Friedlich was the first American to mount a solo exhibition at Villa Bengel in Idar-Oberstein, Germany, and was a featured speaker at the annual Glass Art Society conference. In 2010 he toured China, lecturing at universities in Shanghai, Beijing, and Hangzhou.

In 2011 Friedlich was the keynote speaker at the annual conference of the International Society of Glass Beadmakers and a featured speaker at a jewelry conference in Dubai, UAE. In 2012 he was an Artist in Residence at California College of Art in both the glass and metalsmithing programs for the spring semester. In 2013 he had a solo show at Jewelerswerk Galerie in Washington, DC. In 2014 he was an Artist in Residence at the Uroboros Glass Factory in Portland, Oregon, where he was able to create a series of cast glass sculptures. In 2015 he joined the Board of Directors of the Craft Emergency Relief Fund (CERF+) and was a featured speaker at SOFA Chicago.

In 2016 he lectured at the Smithsonian's Renwick Gallery in Washington, DC as part of the James Renwick Alliance Distinguished Artist Series, was the keynote speaker at the annual SNAG conference in North Carolina and was again selected for Schmuck 2016 in Munich, Germany. In 2017 he received an award from SNAG in recognition of his extensive service to the organization and the field and his work was shown at the Smithsonian's Cooper Hewitt Design Museum. In 2019 he was in two exhibitions in China, the Beijing International Jewellery Exhibition and Triple Parade Biennial for Contemporary Jewellery in Shanghai, was a finalist at the Cheongju International Craft Competition in Korea and was in an exhibition titled The Southwest Influence on American Craft at the Museum of Fine Arts Houston. In 2020 he was the only American finalist for the Friedrich Becker Prize in Germany. In 2021 he was the subject of a feature article in Glass Art magazine. In 2022 he lectured at the Glass Art Society conference in Tacoma, WA and was awarded Best in Show at the Smithsonian Craft Show.